Where did your coffee grow? 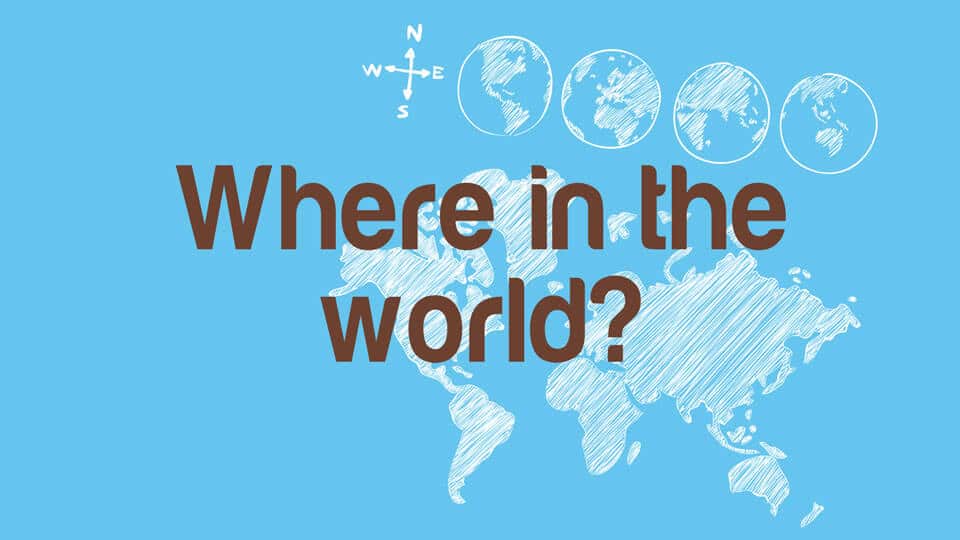 Coffee From Around The World – where did your coffee originate?

It is common sense that the process of coffee making is not a simple one. Coffee plants are grown in all corners of the world and exported on an international level. Coffee comes in a range of varieties at present time. Raw beans, roasted coffee, instant blend…the list goes on. Most of us will drink coffee almost every day in our lives. Yet, we rarely stop to think about where our coffee actually comes from. It is in this blog that we would like to explore the different origins of coffee and how they end up on our shelves.

The coffee plant was discovered in Ethiopia. Back in the 11th century, coffee ‘fruit’ was thought to be a gift from God. It is from these early beginnings that coffee’s long journey and transformation begins.

A Move to the East;

However, it was a swift move to Istanbul that brought about a new method of coffee-drinking. Beans were roasted, ground and then boiled in water. This was the first recorded method of brewing coffee as we know it today. With its rich aromas and ‘medicinal’ properties, coffee soon began to spread further across the globe.

It was around this time that coffee houses were established. This meant that coffee-drinking was no longer confined to the homes of the rich elite, but it was also available to the general public. The coffee culture was booming. People visited the coffee houses daily. They played music, games and read books whilst drinking coffee and conversing with others.

When looking at the emergence of coffee in Europe, it is all thank to merchants who were exploring the Eastern world at this time. Venetian merchants brought coffee to Europe in the early 1600s. By 1645, the first coffee house opened in Italy. Once again, coffee drinking quickly became integral to social life.

Around the same time, the first coffee beans and equipment were brought to France. The importing of coffee began to excel as more and more Europeans came to love the unique taste. Although at first coffee was only available for rich merchants and traders, it did not take long until it became popular with people from all backgrounds and families.

The first coffee house to open in England was in 1650 Oxford. Two years later, the first coffee house in London opened. Following this came an explosion of coffee houses throughout the city. They became an important part of social life and were ofen referred to as “Penny Universities” by the general public. This was because London coffee houses typically sold coffee for a penny a cup. Also, because the coffee houses were most popular amongst young professionals such as writers, philosophers and politicians.

It is through the Netherlands that we see the real impact of coffee as a trading commodity rather than simply a beverage. The Dutch delivered coffee to its colonies around the world. The most important at this time was Indonesia. Coffee beans were successfully planted in Java and in 1711, the first Javanese coffee beans were sold in Amsterdam. This laid the foundations for an enormously successful sector in the coffee market, which still remains successful today.

The first coffee house in New York opened in 1696. Although jumping on the bandwagon slightly later, America was certainly as impressed with the beverage as the Europeans were almost one hundred years earlier. By the 19th century, coffee trade was one of the most successful in the world.
In 1971, the most successful global coffee company was founded in America. Starbucks became an international sensation, with thousands of coffee houses across the globe. With the UK’s Costa Coffee following close second. For most people today, coffee house chains such as these are the defining elements of the coffee culture. However, it is with the growing popularity of instant coffee that the culture manages to continue with equal success in the home.

As early as 1901, Japan produced the world’s first soluble coffee power. Nestlé were the first to approach this new phenomenon. By the mid-1990s Nestlé had successfully formed a global market for instant coffee.
In the 21st century, it is not only the trade of coffee beans that is successful. With the emergence of new technologies and innovative coffee-drinking methods, there is much more to it. We no longer need to be a country of perfect climates or terrain to make money from the coffee industry. In fact, Germany is now one of the world’s leading exporters of coffee.

With such a variety of coffee exports around the world today, it is Switzerland that surprises us the most. Whilst exporting less than a third as much coffee as Germany, Switzerland earns almost double for it. This is due to the explosion in popularity of Nespresso and coffee pods. These pods are specialty coffees that can be slotted into coffee machines and they are considerably more expensive than regular coffee. Therefore, Switzerland earns a huge amount of profit from this successful trade.
The popularity of instant coffee still makes Western countries a huge profit. With brands such as Kraft and Nestlé leading the market. Countries in the west buy coffee beans from abroad and now have the means to roast them to produce instant coffee.
Although the West have a lot of advantages in their favour in the economic and marketing side of things. African and South American growers remain large exporters of raw coffee beans. Although these make a substantially lower profit than roasted and instant coffee, government intervention has aided coffee growers in countries such as Brazil. This is due to the increase in export taxes for raw coffee beans and the simultaneous decrease in taxes for producing instant coffee. The Fair Trade movement has also aided coffee growers around the world. With the majority of leading coffee brands encompassing Fair Trade policies in their coffee marketing.

It’s clear to see that the coffee we drink really does come from all over the world. We are far beyond the early discovery of coffee in Ethiopia. With a vast range of new technologies and emerging new methods of coffee-drinking, we are likely to see an increasing expansion of the coffee market on a global scale for years to come.